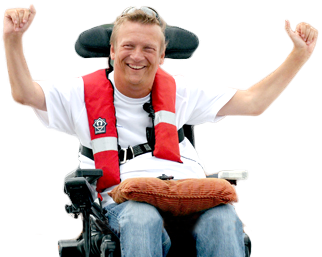 Geoff was paralysed in a swimming accident in 1984 and uses a wheelchair. In 1995 he became the inaugural Chairman of RYA Sailability. In 2007 he became the first severely disabled person to sail single-handed around Great Britain. In 2009 he sailed across the Atlantic Ocean unassisted. He was awarded an MBE for “Services to Disabled Sailing” in 2010 and named ‘Yachtsman of the Year’ shortly after. He was made a Deputy Lieutenant of Hampshire in 2012. He is a Council member of the RNLI. He is patron and ambassador for several charities for people with disabilities.

Geoff has 20 years experience in marketing & PR working for international accountancy firms Deloitte & Coopers & Lybrand. He holds a degree in Antiques and Auctioneering. He is the author of ‘Walking on Water’ and is a professional speaker. He is the founder of Wetwheels, an organisation that takes disabled people to sea in purpose-built, fully accessible motor boats. 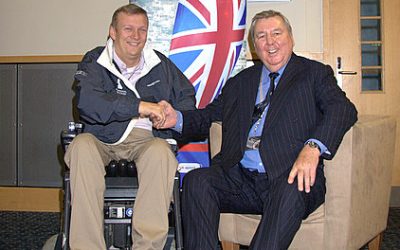 I was very saddened to learn of the passing of my friend Peter Harrison last week (18th June) and wanted to put in writing my personal condolences... 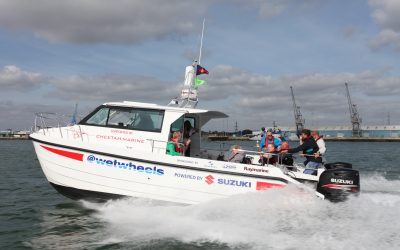 This year, 2021, Wetwheels celebrates our 10th anniversary. From humble beginnings we have come a long way in the past decade and, as the Founder of... 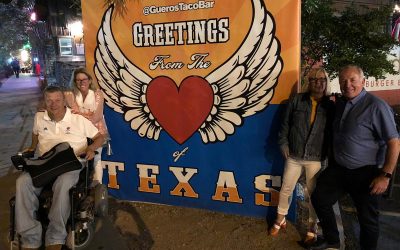 Now home from our trip to Galveston/Houston (Texas) to investigate interest in taking Wetwheels to the USA, I thought I would share our week in the...

Our latest Houlder Spotlight features Geoff Holt (@WetWheels) – a professional #yachtsman, & founder of the organisation @WetwheelsFdn/@WetwheelsSolent, which every year takes 7,000 disabled people out on the water.

Read about his inspiring story: https://www.houlderltd.com/insight/spotlight-feature-geoff-holt-mbe

Yachtsman Geoff Holt (@WetWheels) founder of @WetwheelsSolent who uses a wheelchair, has carried out the official opening of a Changing Places accessible toilet at Wightlink’s car ferry terminal in Portsmouth.

I’m a huge fan of the @WetwheelsSolent and the work they do to provide opportunities for people with a disability to access the sea in a safe and rewarding way. The weather didn’t stop us catching up today and supporting the Barrier Free Boating weekend alongside @SailDisability

I highly recommend Geoff's book 'Walking on Water' about sailing his Challenger around Britain. An inspiration for all sailors.

Looking forward to getting her out on the water!

Wonderful! So many congratulations to you all

Fabulous! Do u need any incompetent crew for the sea trials?? Shout if u do!

I can feel the pride Geoff Holt MBE

Some of us have understood Blue Health and have been promoting it for a long time..! ... See MoreSee Less

The surprising benefits of blue spaces

Lovely way to say thank you to all of of our volunteers who helped make this another amazing year for Wetwheels Solent - congrats to skipper Dan and new ship's dog Luna. ... See MoreSee Less

Some Kind Words About Geoff’s Work

“Exposing our R&D staff to new ideas and challenging accepted thinking is part of our continuing commitment to be innovation leaders. Your insights and personal story were an inspiration to all who attended.”

“Geoff had the whole audience fully engaged – he was highly professional and motivating and we would recommend him to anyone looking for a fantastic speaker.”

“His story is truly inspirational and really caught the imagination of the whole room. His drive, spirit and determination, delivered in a very factual way, had the whole audience mesmerised for the whole session.”