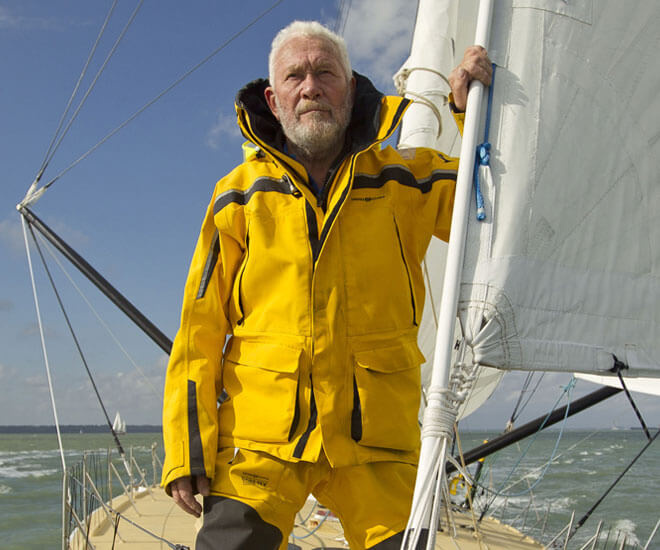 The International Paralympic Committee (IPC) have announced that sailing will not feature in the 2024 Paralympic games in Paris. This follows more than two years of work and lobbying by World Sailing (WS), National Sailing Associations around the world, the global sailing community, (both disabled and non-disabled), politicians and the sailing media.

Robin Knox Johnston said: “I have a very personal connection to Paralympic sailing. In 1995 I was able to persuade the Sports Lottery to fund the UK with money to buy two of the Sonar class keelboats in readiness for sailing’s first ever inclusion in a Paralympic games in 1996 in Atlanta. The UK team went on to win the gold medal. Although it was only a demonstration event, it proved to the International Paralympic Committee sailing was not only a truly fully-inclusive sport, but the sailors who took part from around the world are true athletes. Since then I have followed every Paralympic games and watched with amazement as these incredible athletes sail their boats to the highest of standards. I would be proud to sail with any one of them”.

Geoff Holt commented: “Although I never competed myself in a Paralympic sailing event, I was Chairman and member of the Royal Yachting Association’s (RYA) Paralympic Steering Group (PSG) which oversaw the selection of our Paralympic sailors in the UK. I was one of many who lobbied hard and worked tirelessly to get sailing into the Paralympics in 1996. It was a role I loved and one I committed to over three separate Paralympic quadrennial cycles. I saw first-hand the passion, the commitment, the sheer determination and skills of disabled sailors from around the world, it never ceased to amaze me the degree of skill of those competing. But beyond the individuals, there were teams of supporters, coaches, tacticians and physios, not to mention the friends, the family, sponsors and all of us who watch the racing, either on television or at the events. These athletes are more than just sailors, they are role models. As a disabled person myself, we need role models who we can identify with. Role models inspire the next generation of sailors, be they just recreational sailors or whether they choose to be competitive and who knows, ultimately represent their country.

This has all gone now. There will be no more sailing role models. Grassroots sailing will suffer as fewer disabled people choose it as a sport of choice. I am totally heartbroken for everyone involved”.

Sir Robin continued; “It will be at least a decade before sailing will once again be reconsidered as a Paralympic sport. This decision is based on trying to make sailing fit a fixed set of qualifying criteria, most notably the 32 nation rule. Almost every nation in the world that sails will have disabled sailors amongst its numbers. We believe sailing is possibly one of the only sports which is genuinely fully-inclusive where everyone, regardless of age or ability can sail together.

“Geoff and I have known each other for many years, we are both passionate about the sea and we have a shared interest and commitment to Paralympic sailing. Ever since IPC made the original decision in 2015 to exclude sailing, Geoff and I have been doing what we can to support reinstatement”.

Geoff concluded; I know Robin and I share the sadness and anger felt by the sailing community at this latest announcement. We await to hear IPC’s detailed reasoning behind their decision and we will give all of our support to the U.K.’s Royal yachting Association and to World Sailing, but it is very hard to see right now what can be done to reinstate sailing in 2028 or beyond”.

In 2015 the IPC announced that sailing would not be included in the 2020 Paralympic games in Tokyo on the basis it did not meet the criteria of participation in more than 32 countries. After the Rio games in 2016 World Sailing set about an intensive development plan to identify and bring to maturity, emerging sailing nations around the world and employed a Paralympic Development Manager.

IPC stipulated a number of outcomes and outlined a two-year staged bidding process for reinstatement into the 2024 Paralympic games. A final announcement to be made in January 2019. So it has come as a massive shock and disappointment to learn now, on the eve of the World Sailing Championships in Tokyo, four months in advance of that deadline, that IPC have rejected World Sailing’s bid for reinstatement in 2024. The earliest sailing could return to the Paralympics, assuming reinstatement, will now be 2028.