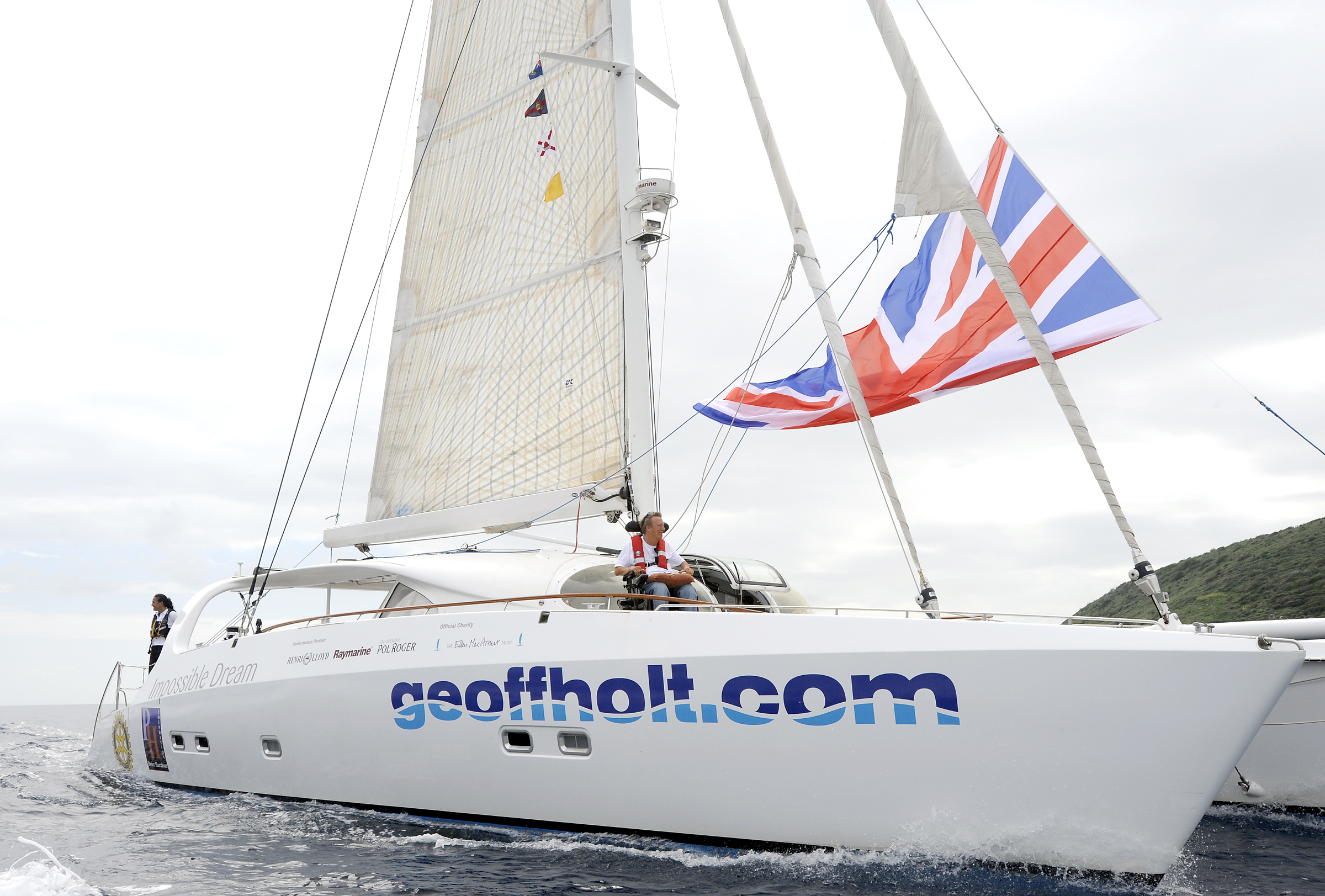 I first visited the British Virgin Islands when I was 17 back in 1984. My friend Sean was working on the island of Tortola for a chap called Tony Snell at his quirky restaurant / bar called the Last Resort. I gave up my job in England, bought a one way ticket from a bucket shop in Covent Garden and flew via Puerto Rico to Tortola. I didn’t have far to walk, the Last Resort was at the end of the runway. I worked for Tony for 6 months, waiting tables by night, fixing boats during the day earning good money, supplemented by selling bags of ice and collecting bags of rubbish from the charter boats moored in the bay.  Sundays were spent trying to spend our dollars, hiring jeeps, lobster dinners and brandy and Benedictine cocktails around Treasure Isle hotel pool.

I left by yacht that summer, sailing back across the Atlantic to France. But it was not long until I returned to Tortola to work on a beautiful charter yacht based at Nanny Cay. The excitement didn’t last long. Within 12 hours of being on island, I had gone for a swim in Cane Garden Bay, I dived into the sea from the beach, hit my head on a sand bar, broke my neck and have been in a wheelchair ever since, that was September 6th 1984, some 33 years ago.

About 8 years ago, in 2009, I was fortunate to have the opportunity to borrow a friend’s wheelchair accessible yacht, a 20 metre, £2 million sailing boat. My ambition was to sail across the Atlantic to the Caribbean.  I was at sea for 4 weeks and sailed 3,000 miles, aided only by a carer to help with my personal needs. Eventually I achieved my dream when I dropped anchor in Cane Garden Bay in January 2010, the same beach where I had broken my neck all those years earlier. I was overwhelmed by my welcome, just about everyone on island knew of my trip and I was treated like a king. I was even awarded honorary belongership by the then Premier, Ralph O’Neal. Far from being a symbolic gesture with no privileges, it is a very rare honour that gives almost exactly the same rights as someone born in the islands. A few days later, on my birthday, a set of commemorative BVI stamps bearing my image were produced. It is hard to think of any other community that I have lived in my life that has made me feel as welcome as the BVI. Despite being possibly the most inaccessible place on earth for a wheelchair, whenever I visit, I feel as though I am home.

Irma hit on 6th September 2017, everyone knew it was coming, friends were bunkering down and we were telling them to stay safe. But no-one, no-one, could have predicted the complete and utter devastation she caused. It would be about 48 hours before we started to see occasional photos on Facebook pages. They were shocking. And then the drone videos started to appear and, I can only speak for myself, I felt physically sick. Every adjective has been used to describe the devastation, apocalyptic, war-zone, whatever the words, I just felt numb, it seemed almost surreal that mother nature, wind, could wreak such total devastation. It would be another few days before friends on-island would make contact and when we read their hastily written updates, it was obvious why the delay. Despite being fortunate to live in a brick built, beautiful home, they lost almost everything, huddling in a coal bunker clutching their dogs whilst 180mph winds ripped off their roof, blew down walls, metal and palm tree debris whistling over their heads and destroyed everything around them, it must have been terrifying. It would be another 2 days before they cleared the paths and wreckage so they could walk several miles to Road Town to get food and water.

Yesterday it was announced that 4,240 homes have been damaged or destroyed by the hurricane. With a population of less than 30,000, it is easy to see how this has affected just about everyone. I’m not a journalist and I don’t have all the facts but anyone with common sense will understand that here is a community that have not only lost their homes, the island has lost much of its infrastructure, many roads affected, power lines down, food and water supplies interrupted, vegetation wiped out, tourism, their primary source of income, mainly boating, decimated. Yes the people are resilient, yes the islands will recover but they need help now.

Dozens of funding pages have sprung up to raise money, some specific to certain people or bars, others more general, all to supplement local and international aid. People who love the islands want to do more. Some, like me, have an affection for the BVI for our own reasons and sit in our warm homes the other side of the world feeling helpless.  Others, and I will give him a shout out, like Jim Scott, have looked at the problem and done something quite remarkable. Jim has set up https://onelovebvi.org/ It is a one-stop shop for those wanting to support the BVI, whether that be in cash, volunteering, goods or benefit in kind.  I urge you, plead with you, please, please, visit the site and to register your interest.

The situation is of course dynamic, needs will change as time progresses, https://onelovebvi.org/ will adapt as those needs change but you can be assured, every penny and every offer of support will go directly to the areas most in need in the BVI so they are restored to their full glory.

When I was made an Honorary Belonger, the Premier said, and I quote;

“It is a prize that is given out sparingly. We think it is something that should be given to persons who have done so much to assist us here and especially in your situation. He added, “What you have done for this Territory is worth billions of dollars in advertisement and we are grateful.”

I did query the “billions” comment to see if it was a typo, and not millions, but the Premier was adamant.  I’m not sure I will ever rise to those heights again because the islands are going to need billions of dollars to repair the damage done and if I had it, I would gladly share it (after I’ve bought me a boat of course).